South Africa is the revolutionary bitcoin hub in Africa 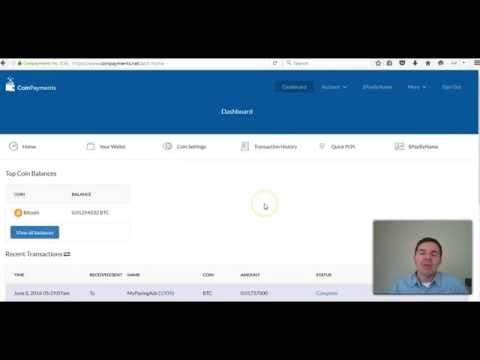 Regulation on Fake Credentials and the Growing Role of the Blockchain

A Look at DCG & Bitfury's Incestuous Ties With the U.S. Government

Board of Digital Currency Group
Glenn Hutchins
Advisory Board
Larry Summers
DCG of course is an investor in both Blockstream and BTCC.
DCG's money comes from:
DCG also owns Coindesk.
BTCC and Bitfury are the only two large mining pools who are outspoken in their support of Bitcoin Core.
 The Bitfury Group Leadership to Present at Clinton Global Initiative (https://archive.is/MWKee)
Full Video (Begins at 32:00)
“The Bitfury Group is proud to be the world’s leading full service Blockchain technology company, we are deeply honored to represent this innovation to an audience of extremely dedicated game-changers, and we look forward to highlighting our company’s groundbreaking ‘Blockchain for global good’ work at such an important event, said Smith. “From the White House to the Blockchain, I know this technology has the power to deliver inclusion and opportunity to millions, if not billions, of people around the world and I am so grateful to work for a company focused on such a principled vision.”
 Bitfury Lightning Implementation
Chairman: Avinash Vashistha
CEO: Chaman Baid
CSO: Nandan Setlur
 BitFury Enhances Its Advisory Board by Adding Former CFTC Chairman Dr. James Newsome and Renowned Global Thought Leader and President of the Institute for Liberty and Democracy Hernando de Soto (Businesswire)
 Bitfury Board of Directors
Robert R Dykes
The other board members include two Bitfury founders, and an investor.
Bitfury Advisory Board
James Newsome
Hernando de Soto
Tomicah Tilleman
Jamie Smith
Jason Weinstein
Paul Brody (no longer appears on site, and his LinkedIn has no mention of Bitfury, but he is mentioned in a Press Release
 New America Foundation
 Muskoka Group
[note: this is worthy of much more research]
 Blockchain Delegation Attends Democratic National Convention https://archive.is/k16Nu
Attendees:
Jamie Smith — The Bitfury Group & Blockchain Trust Accelerator Tomicah Tillemann— New America Foundation & Blockchain Trust Accelerator Alex Tapscott— co-author: Blockchain Revolution Brian Forde — MIT, Digital Currency Initiative
 Brian Forde
Alex Tapscott
 World Economic Forum
 Bitfury Washington DC Office
Washington DC Office 600 Pennsylvania Avenue Suite 300 Washington, D.C. 20003
http://bitfury.com/contacts https://archive.is/ugvII
 Bitfury Chosen for Ernst & Young Blockchain Startup Challenge
 Deloitte Unveils Plan to Build Blockchain-Based Digital Bank http://www.consultancy.uk/news/12237/deloitte-unveils-plan-to-build-blockchain-based-digital-bank https://archive.is/UJ8Q5


A gang that kidnapped a South African teenager from a playground at the weekend have demanded a ransom in bitcoin worth about $123,000, police have said.
"We are investigating a case of kidnapping that happened on Sunday in Witbank. There was a demand that was made that the parents should deposit cash in bitcoins," the police spokesman Leonard Hlathi said on Tuesday.
Bitcoin is the first, and the biggest, "Cryptocurrency" - a decentralised tradeable digital asset.
The lack of any central authority makes bitcoin remarkably resilient to censorship, corruption - or regulation.
"This is a kidnapping We demand ransom of 15 bitcoins to be paid into the below bitcoin wallet address to secure your child's safe release - non-negotiable," the note reportedly read. The first deadline for payment of part of the ransom passed on Monday night.
In December 2017, an employee at a cryptocurrency exchange in Ukraine was released by kidnappers after a ransom of more than $1m worth of bitcoins was paid.

For all the latest news updates, South African news & anywhere in the world. The South African is an independent, no agenda and bias online news platform that gives the latest news updates. We identify those African currencies having a positive correlation with bitcoin and those having a negative correlation with bitcoin. The dependence quantified can have economic implications. We perform a robustness study to see if the results hold also for parts of the data. We provide economic interpretations of the results which could be of interest to researchers, policy makers and bitcoin ... South Africa . Husband of woman killed in hit arrested . The family of one of the businesswomen murdered in Limpopo says the pain over their loss worsened after learning that her husband was among ... According to Google Trends’ data, In the last five years, Bitcoin has been the most searched across African countries such as South Africa, Nigeria, & Ghana. On the other hand, a report claims ... South African authorities are investigating an alleged cryptocurrency scam that defrauded investors of 1 billion rand ($80m) with promises of huge returns that never materialised, police said on ...

Have you decided to take the plunge and invest in some Bitcoin? Find yourself asking, How to Buy Bitcoin? In this video I will guide you through the whole pr... “bitcoin revolution south africa patrice motsepe” — http://bitcoinrevolutionsouthafricareviews.co.za/ Click Left to Watch My Own Story about using Bitcoin Re... For new beginner's , In this video, I will show you how to trade or buy Bitcoin in South Africa with Luno. Sign up on 🔗Luno:https://bit.ly/3b7vLQg Follow me ... President Cyril Ramaphosa Endorses South African Digital Currency. An African Bitcoin is what the future holds. The great african opportunity of cryptocurren... Bitcoin BOOMING in South Africa BTC news today The Naughty Investor. Loading... Unsubscribe from The Naughty Investor? Cancel Unsubscribe. Working... Subscribe Subscribed Unsubscribe 8.37K ...