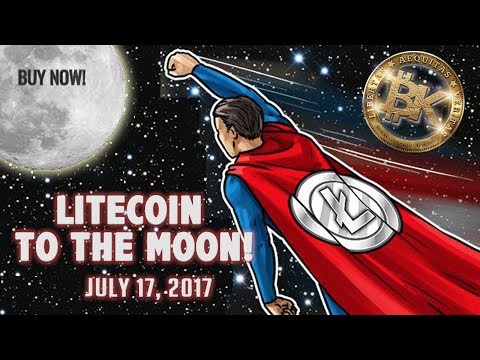 Greetings everyone. I am posting a draft of some of the sections of the new website. They are a work in progress and any input on this content or anything else you would like to see on the new site is appreciated! The website will be focusing on educating investors of all ability so that they can understand the crypto-currency markets and make wise decisions within them. Without this understanding, our markets will not be able to efficiently, and with confidence, allocate capital to the true pillars of this new economy.
Note: Most of my updates can be seen directly here. I expect to have this completed by the weekend so that we can hopefully have the new site up and running. Even once up, there will be lots of work to do to really perfect it.

About CGB:
Cryptogenic Bullion is a digital asset with all of the qualities of money. It is a descendant of Bitcoin, but employs an advanced security model which is more efficient and more secure than Bitcoin. The problems of today's debt based fiat currencies find solutions in cutting-edge decentralized cryptographic currencies like Cryptogenic Bullion. Designed to function as a store of wealth, CGB's fundamentals emulate the properties and supply of gold.
While Cryptogenic Bullion shares many traits with Bitcoin such as fast global payments, decentralization, pseudo-anonymity, and non-reversible transactions, there are many improvements which allow CGB to more reliably store wealth. A critical requirement for storing wealth is a low inflation rate. Cryptogenic Bullion is a very rare exception in that it has nearly completed its volatile inflationary stage and settled into its maximum yearly inflation rate of 2%. It also allows prudent savers of Cryptogenic Bullion to earn up to 1.5% interest on funds left unspent in their wallets for at least 30 days.
Crypto-currencies are finding support among a massive and diverse range of participants. For newcomers, a visit to one of the following pages would be beneficial depending on your current level of understanding and intention. Cryptogenic Bullion emulate the properties of gold, a classic safe-haven asset, and also represents a part of the movement towards a more fair and honest system of money. For more details on why and how, see the Fundamental Knowledge section. To quickly learn more about the crypto-markets, see the Investor Brief section. For analysing market dynamics, see the Market Fundamentals section.
Specifications
 Team:
 Fundamental Knowledge:
In order to understand the need for cryptographic currencies like Bitcoin and Cryptogenic Bullion, we must consider a number of fundamental challenges with our current financial system, and the solutions that cryptographic currencies provide. The world's currencies are referred to as debt-based fiat currencies because they are not backed by a physical asset like gold, and can burden up to 30 participants with debt for each actual dollar in reserve, creating the potential for bank runs. It helps to realize that when a credit card is used to purchase something, dollars are created , and when you pay it off, dollars are destroyed. This scheme is referred to as fractional reserve banking and can not happen in a digital currency system without the owner's knowledge because the supply is strictly controlled by a decentralized protocol.
We are beginning, as a society, to understand the dangers and inefficiencies found in centralized systems as corruptions and self destructive processes manifest themselves with no true remedy. As our society looks for answers, they are being found in technological advances which allow us to connect with each other in more meaningful ways which do not require a third party. Cryptographic currencies provide the convenience of cash, with neither the excessive centralized printing, nor the potential for censorship or sanctions which block the transmission of funds. A new economy is forming with various crypto-currencies attempting to fill different roles within the ecosystem. It is imperative that we capitalize these technologies through careful investment to allow for the necessary development which will enable them to be a major part of modern society. To quickly learn more about the crypto-markets, see the Investor Brief section.
Trust in crypto-currencies must begin with a basic understanding of how the system functions and how to use it. Technology has existed for decades now which allow us to verify that a message was signed by an individual. This authentication technology is now used to prove that the holder of a private wallet has sent funds form that wallet to another. Keeping this key secret is the responsibility of each participant and this responsibility is the price for the freedom enabled by cryptographic currencies. Every transaction that has ever occurred is recorded in a distributed ledger which proves the current balance of all wallets in order to validate further transactions. Blocks created every 60 seconds containing all of the new transactions are added to the top of the block chain and further serve to set all previous blocks in "cryptographic" stone. For more details on how CGB's decentralized protocols provide trusted security and honest money, see the Papers and Articles section.
In order to get a glimpse of what the future cryptographic currency ecosystem could look like we must accept that there are many different roles to fill, and it is difficult for one currency to efficiently fill all roles. A store of wealth, like Cryptogenic Bullion (CGB), must have a low inflation rate to preserve capital and reduce volatility. Stability can also be encouraged if the bearer is allowed to earn interest on savings stored unspent for a specified length of time. A currency, like Dogecoin (DOGE), must have a higher inflation rate to slightly exceed the adoption rate. This provides liquidity and encourages spending which furthers the expansion of the participant base. A market gateway, like Bitcoin (BTC), must also have a higher inflation rate to match adoption so that liquidity is maintained which enhances the access to each of its markets. The market gateway also insulates the cryptographic currencies and stores of wealth from the market fluctuations caused by volatile shifts in demand for fiat currencies vs. crypto-currencies as a whole. For more information on these dynamics, see the Market Fundamentals section.
 Frequently Asked Questions:
Categories
...
Continued in this comment (directly below).

Well, it's been a few days, so let's get the market stuff done quick!


We've got a bear market (Much ROAR)

As far as the pools are going, DogeHouse.org is still down due to a NTP DDOS attack, here's a link describing it Cloudflare Blog

With the recent DDOS, I'd recommend staying away from the larger pools since they might be instigating the DDOS, P2Pool is a great alternative, but the decision is ultimately up to you.

I'll test with a single graphics card to see if the "cheating" works.


Meat and Potatoes (Such Dinner)

TLDR: GIVE BRO (TLDR for our female audience, if any: Please give to the DogeCoin Foundation Charities, it changes lives daily!)


Definition from the Merriam Dogester Dictionary:

If you're a bit keyboard-shy, why don't you let me know if you would come to a party themed after this one: End of the World Celebration, we can easily get 50% of the stuff shown in the video, but would need to crowd-fund it to pay for the rest as well as find the "200" people necessary to throw it.
Admittedly, it would be a dry party since we can get extra money from the nearby University as an "alternative" event.
Any thoughts?
As always, SHIBE ON!

[Rant-ish]My take on the state of the Coin, Community, and Concerns

Which coins compete against each other? Is it ultimately a battle that will result in 1, 2 or 3 coins?

So, the way I look at it, there is not room for 20, 30, or 40 cryptocurrencies. It doesn't make sense that people would have that many wallets any more than it would make sense to have that many fiat currencies in your wallet. You'd have to go to a currency exchange every time unless you knew a specific place that accepted your preferred currency, whether it's /dogecoin or /worldcoin or /BBQcoin (i picked these at random from the sidebar, btw).
There seem to be several different groups that exist (while some of these are overlapping): improvements on bitcoin, improvements on litecoin, clones of either one, proof of stake vs proof of work, pre-mined, easily mined, etc. (by the way, it would be great if there were a chart denoting the differences). Some of these have real benefits, some are quirky, some have been successful, some haven't. There are debates going on and people involved with each one anxiously promote it in its respective subreddit, suggesting ideas to help with its public relations and adoption.
So, while it's great to have these coins with innovative features, each one arguably valuable in its own right for those features, some of them have to come out on top, right? It seems that lately, there is this idea that every coin should be nice to one another, but it's really passive aggressive. Some people hate on /dogecoin in their own subs, labeling it just a /litcoin with more coins available while /bitcoin is describe as elitist and not respecting /altcoins. Maybe all of this is justified if only a couple coins can remain.
And which will those be? It /bitcoin just serving as the stepping stone for everything else, OR will it be the imperfect coin that lasts because it was there first (IMO - it would severely hurt other cryptos, especially those not tradeable for fiat currency if it died, so I think we are stuck with it)? Likewise with /litecoin and /dogecoin. Will these 3 rule because they became media favorites so quickly? Or will a coin with something different like /peercoin win out with its proof of stake? Or a coin designed with a specific activity in mind, like /Devcoin the ethical cryptocurrency?
As my opinion here implies, I think it is a competition. I think /bitcoin needs to be around and rejecting it is a mistake for the community. I think /litecoin passed the tipping point in terms of price and /dogecoin hit the tipping point in terms of wide adoption. While I don't have any in-depth quantitative analysis, I think that will keep those 3 alive for the time being. I think there is only room for many 1 or possibly 2 other coins to make a name for themselves. Most other coins will fail. Pump and dump obviously hurts the community. /coinye was particularly bad and attempts to make joke coins like that make me sad because I read so many promotional posts. I feel bad saying it, but /franko and /worldcoin seem too similar while /primecoin and/megacoin and /feathercoin are just names people read in the sidebar and won't ever deal with, despite the enthusiasm of the people who do trade/mine it.
That brings me to my final point, people who mine each of these coins have a huge stake in advocating for their specific coin. I'm glad people saw potential and uniqueness, but most of you will lose out and your mining rigs are giving you coins that won't be worth anything soon.
Thanks for reading! I hope to hear real opinions!