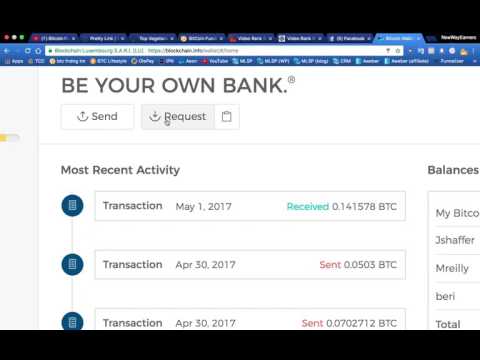 Dear Groestlers, it goes without saying that 2020 has been a difficult time for millions of people worldwide. The groestlcoin team would like to take this opportunity to wish everyone our best to everyone coping with the direct and indirect effects of COVID-19. Let it bring out the best in us all and show that collectively, we can conquer anything.
The centralised banks and our national governments are facing unprecedented times with interest rates worldwide dropping to record lows in places. Rest assured that this can only strengthen the fundamentals of all decentralised cryptocurrencies and the vision that was seeded with Satoshi's Bitcoin whitepaper over 10 years ago. Despite everything that has been thrown at us this year, the show must go on and the team will still progress and advance to continue the momentum that we have developed over the past 6 years.
In addition to this, we'd like to remind you all that this is Groestlcoin's 6th Birthday release! In terms of price there have been some crazy highs and lows over the years (with highs of around $2.60 and lows of $0.000077!), but in terms of value– Groestlcoin just keeps getting more valuable! In these uncertain times, one thing remains clear – Groestlcoin will keep going and keep innovating regardless. On with what has been worked on and completed over the past few months.

This is a major release of Groestlcoin Core with many protocol level improvements and code optimizations, featuring the technical equivalent of Bitcoin v0.18.2 but with Groestlcoin-specific patches. On a general level, most of what is new is a new 'Groestlcoin-wallet' tool which is now distributed alongside Groestlcoin Core's other executables.
NOTE: The 'Account' API has been removed from this version which was typically used in some tip bots. Please ensure you check the release notes from 2.17.2 for details on replacing this functionality.

Built with React Native, Moonshine utilizes Electrum-GRS's JSON-RPC methods to interact with the Groestlcoin network.
GRS Moonshine's intended use is as a hot wallet. Meaning, your keys are only as safe as the device you install this wallet on. As with any hot wallet, please ensure that you keep only a small, responsible amount of Groestlcoin on it at any given time.

HODL GRS connects directly to the Groestlcoin network using SPV mode and doesn't rely on servers that can be hacked or disabled.
HODL GRS utilizes AES hardware encryption, app sandboxing, and the latest security features to protect users from malware, browser security holes, and even physical theft. Private keys are stored only in the secure enclave of the user's phone, inaccessible to anyone other than the user.
Simplicity and ease-of-use is the core design principle of HODL GRS. A simple recovery phrase (which we call a Backup Recovery Key) is all that is needed to restore the user's wallet if they ever lose or replace their device. HODL GRS is deterministic, which means the user's balance and transaction history can be recovered just from the backup recovery key.

Groestlcoin Seed Savior is a tool for recovering BIP39 seed phrases.
This tool is meant to help users with recovering a slightly incorrect Groestlcoin mnemonic phrase (AKA backup or seed). You can enter an existing BIP39 mnemonic and get derived addresses in various formats.
To find out if one of the suggested addresses is the right one, you can click on the suggested address to check the address' transaction history on a block explorer.

NOTE: NVidia GPU or any CPU only. AMD graphics cards will not work with this address generator.
VanitySearch is a command-line Segwit-capable vanity Groestlcoin address generator. Add unique flair when you tell people to send Groestlcoin. Alternatively, VanitySearch can be used to generate random addresses offline.
If you're tired of the random, cryptic addresses generated by regular groestlcoin clients, then VanitySearch is the right choice for you to create a more personalized address.
VanitySearch is a groestlcoin address prefix finder. If you want to generate safe private keys, use the -s option to enter your passphrase which will be used for generating a base key as for BIP38 standard (VanitySearch.exe -s "My PassPhrase" FXPref). You can also use VanitySearch.exe -ps "My PassPhrase" which will add a crypto secure seed to your passphrase.
VanitySearch may not compute a good grid size for your GPU, so try different values using -g option in order to get the best performances. If you want to use GPUs and CPUs together, you may have best performances by keeping one CPU core for handling GPU(s)/CPU exchanges (use -t option to set the number of CPU threads).

Groestlcoin WPF is an alternative full node client with optional lightweight 'thin-client' mode based on WPF. Windows Presentation Foundation (WPF) is one of Microsoft's latest approaches to a GUI framework, used with the .NET framework. Its main advantages over the original Groestlcoin client include support for exporting blockchain.dat and including a lite wallet mode.
This wallet was previously deprecated but has been brought back to life with modern standards.

Groestlcoin BIP39 Key Tool is a GUI interface for generating Groestlcoin public and private keys. It is a standalone tool which can be used offline.

Groestlcoin Electrum Personal Server aims to make using Electrum Groestlcoin wallet more secure and more private. It makes it easy to connect your Electrum-GRS wallet to your own full node.
It is an implementation of the Electrum-grs server protocol which fulfils the specific need of using the Electrum-grs wallet backed by a full node, but without the heavyweight server backend, for a single user. It allows the user to benefit from all Groestlcoin Core's resource-saving features like pruning, blocks only and disabled txindex. All Electrum-GRS's feature-richness like hardware wallet integration, multi-signature wallets, offline signing, seed recovery phrases, coin control and so on can still be used, but connected only to the user's own full node.
Full node wallets are important in Groestlcoin because they are a big part of what makes the system be trust-less. No longer do people have to trust a financial institution like a bank or PayPal, they can run software on their own computers. If Groestlcoin is digital gold, then a full node wallet is your own personal goldsmith who checks for you that received payments are genuine.
Full node wallets are also important for privacy. Using Electrum-GRS under default configuration requires it to send (hashes of) all your Groestlcoin addresses to some server. That server can then easily spy on your transactions. Full node wallets like Groestlcoin Electrum Personal Server would download the entire blockchain and scan it for the user's own addresses, and therefore don't reveal to anyone else which Groestlcoin addresses they are interested in.
Groestlcoin Electrum Personal Server can also broadcast transactions through Tor which improves privacy by resisting traffic analysis for broadcasted transactions which can link the IP address of the user to the transaction. If enabled this would happen transparently whenever the user simply clicks "Send" on a transaction in Electrum-grs wallet.
Note: Currently Groestlcoin Electrum Personal Server can only accept one connection at a time.

The app allows you to send and receive Groestlcoin on your device using QR codes and URI links.
When using this app, please back up your wallet and email them to yourself! This will save your wallet in a password protected file. Then your coins can be retrieved even if you lose your phone.

Groestlcoin Sentinel is a great solution for anyone who wants the convenience and utility of a hot wallet for receiving payments directly into their cold storage (or hardware wallets).
Sentinel accepts XPUB's, YPUB'S, ZPUB's and individual Groestlcoin address. Once added you will be able to view balances, view transactions, and (in the case of XPUB's, YPUB's and ZPUB's) deterministically generate addresses for that wallet.
Groestlcoin Sentinel is a fork of Groestlcoin Samourai Wallet with all spending and transaction building code removed.

How do I mine Dogecoin?

What is a Cryptocurrency Wallet?

The Bitcoin.com mining pool has the lowest share reject rate (0.15%) we've ever seen. Other pools have over 0.30% rejected shares. Furthermore, the Bitcoin.com pool has a super responsive and reliable support team. Open the Honeyminer Setup .EXE or .dmg in your Download folder. 2. Use your email to create an account and we ́ll send you a password. 3. Start earning Satoshis (Like Bitcoin pennies) immediately! Thank you for downloading Honeyminer Visit our Knowledge Base to Optimize Refer friends to earn more Bitcoin. Leaving so soon? Let us know what you are looking for Send us a request with your mining ... Bitcoin Mining with a GPU. Bitcoin is the most valuable cryptocurrency on the market. It goes without saying that it draws the most interest when it comes to mining. But even the best GPU for mining isn’t good enough for Bitcoin. The original cryptocurrency uses the SHA-256 algorithm in its mining process which is notorious for its high computational power requirements. Additionally, Bitcoin ... Safe & transparent bitcoin cloud miner pool 2020. Easy way to mine free bitcoins - no fees, daily withdrawal, fast & secure mining. Home (current) How It Works About Us Affiliate Payouts Pricing Contact Create Account. Start Bitcoin Mining with Us. The next generation Bitcoin Mining Platform with free Mining power every hour. Learn More Login. Starting free bitcoin mining with us. Login ... As soon as you have set-up your account you can start to earn your first coins from our bitcoin cloud mining service! contact us . Bitcoin Mining & Trade . Easy Way to Trade Bitcoin. We make industrial mining accessible for everyone. You get access to the newest and most advanced technologies in the industry, provided by the leading companies. contact us. Invest in Cryptocurrency. Easy Way to ...

How to Set Up Your First Bitcoin Wallet - YouTube

Did you know that you can manage multiple email accounts and addresses in Gmail? Discover how to sync your Gmail and other accounts like Yahoo, Outlook and H... (2019) 100% Working FREE Bitcoin Hack! - Video Proof! (Android/iOS) Hey Guyz In this video i will show you how to hack Bitcoins and earn unlimited bitcoins D... Create Multiple Bitcoin Wallets In One Single Blockchain.info Account Loading... Autoplay When autoplay is enabled, a suggested video will automatically play next. CryptoCurrency Interest Channel. Tutorial and News Videos focusing on different Crypto Currencies: ZCash, Ethereum, ETC, Monero, Steem, LBRY, Bitcoin and mor... A few weeks ago I asked people what they recommend to absolute beginners for buying bitcoin. Overwhelmingly people said Coinbase so I made a video about that...