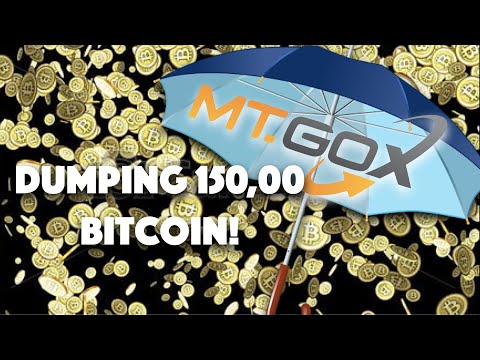 I’ve seen several people claim that Craig S. Wright (Chief Scientist of nChain) has been unfairly smeared and libeled lately. Let’s stick to the facts:
[1] - This link may be relevant.
[2] - Why would Satoshi do this?
[3] - Sounds like Satoshi, huh?
[4] - I urge you to read the thread and look at the person doing the critique. Compare it with Satoshi’s whitepaper
Now, before the deluge of comments about how ”it doesn’t matter WHO he is, only that WHAT he says aligns with Satoshi’s vision”, I’d like to say:
Is it of absolutely no relevance at all if someone is a huge fraud and liar? If it’s not, then I hope you’ve never accused anyone of lying or being a member of ‘The Dragon’s Den’ or a troll or of spreading FUD. I hope you’ve never pre-judged someone’s comments because of their name or reputation. I hope you’ve only ever considered technical arguments.
That said, I am not even directly arguing against anything he’s currently saying (other than random clear lies). I’ve never said anything about Blockstream, positive or negative. I’ve never expressed an opinion about what the ideal block size should be right now. My account is over 6 years old and I post in many different subs. Compare that with these (very popular!) users who frequently call me a troll or member of the ‘dragon’s den’ (with zero facts or evidence):

A good reminder of what we (BCH) gained from the hardfork, a review of all the lies and broken promises by CSW

From Jonald Fyookball's Medium Article
https://medium.com/@jonaldfyookball/bitcoin-cash-is-finally-free-of-faketoshi-great-days-lie-ahead-bb0c833e4c5d
Some background on Craig’s claim of being Satoshi, for the uninitiated:
And specifically concerning his claim to be Satoshi:

No respectable academic, scientist, or professional needs to stoop so low as to steal and take credit for the work of others — least of all Satoshi. Yet, CSW has already been caught at least 3 times plagiarizing.

CSW was also caught attempting to plagiarize a “hello world” program (the simplest of all computer programs).
He apparently does not understand base58 or how Bitcoin address checksums work (both of these are common knowledge to experienced Bitcoiners), and has made other embarrasing errors.
Broken Promises
He said he was building a mining pool to “stop SegWit”

Notes from the Hearing Today

Apologies for typos and grammatical errors; wanted to get this out as soon as possible for those that weren't able to watch the live stream. Cleaned up formatting to make it more readable.

While this isn't a 100% word-for-word transcript, the overtone of the meeting should have been conveyed. SEC and CFTC want protections for consumers, but don't want to outright ban crypto. I was under the impression that both agencies were well-educated, but understaffed. They both want to introduce protections for customers and investors and go after scam artists, but don't want to impose any restrictions or regulations that would be bad for crypto as a whole (both from a security perspective, and a technological innovation perspective). Overall a huge positive.

Don't hold (story of a holder)

I was holder since 2011. Bought my first coins for few bucks a piece, then watched it climb to $32. Wow, awesome. 600%! Holding. Next bubble will probably be soon.
Then I sold half during long period when BTC was around $2 (it lasted many months: long, long stagnation). No bubble in sight, I lost patience.
Next bubble came out of nowhere. Re-bought some, but not much. Remember the shock seeing it reaching $100. Then it peaked at $266 and went sharply down. I was holding, and the money started to be serious.
MtGox bubble came. I was holding my coins (fortunately not at MtGox) and holding my breath. Wild ride to 4-digits territory. Then MtGox imploded. What I was supposed to do? I was holding. It's temporary I repeated to myself. It will rebound. It will be even more in the future. And it's all my profit melting, my original investment was small, so I'm still good.
And I'll be tough! I'll be proud of myself!
So I holded, even occasionally tried to buy on the rebounds, countertrend, losing coins and sleep. And it kept going down and down.
$800 – "It's just a single exchange bankrupt, don't make it such a big deal!"
$700 – "I made lot of money, still!"
$600 – "seems like it's reversing, let's go long!"
$500 – "but the technology is great I believe it!"
$400 – "it's crazy to sell so low!"
$300 – "boom or bust, I don't f* care"
$200 – "can't go lower, just can't! I don't want to watch the chart, I don't want to think about it, I don't want to calculate how much more I was worth when it was $1150, leave me alone, I'm HOLDING"
Then it went down (early 2015) to $160. I said to myself: "OK, that's it. Blood on the street and so on. I don't have guts to buy more, but it's the final act of bear market."
And it reversed. Went quite sharply to $315 (100%!). Then, with same pace went down to $200's. I was exhausted but holding. Price was bouncing for long weeks between $200 and $300, then settled in low $200's. "Let's forget it. It's a long term investment. Check back in 5 years!" I was repeating myself. But another voice in my head at the same time was telling me "You could have sold it. Maybe not on the very top. $800 is 4x today price. You fool".
In the summer 2015 price started climbing again, reaching $300. Then it begun slow decline. "Correction" I was thinking. "In the worst case we'll be back to $200's". And one day (there was some news I don't even remember what it was) it went down to $160.
That was the tipping point. Something broke inside me. I was ashamed of myself. I realized that none of that was true, and there's possibility that it will go down even further. WHY NOT?! I was thinking the same many times before. "It will never go down to $600, $400, $200...". Every single time I was wrong. So it can go to $100. Maybe $50. WHY NOT?
And it if goes to $100 from 1000% profit at the peak I would be at the loss. This would be so pathetic. All this because I was holder, I was tough.
I had enough reason not to act in the heat of the moment. The drop to $160 was temporary. I was patient, but the decision was made: I was about to sell half of my stash. It would prevent me for losing money on BTC, all what would be left is my profit.
So I act as planned. Price was again at $200s, I begun to sell. Price was going back and forth, with slight uptrend, I was selling while it was "high" ("$240! Nice price!") and refraining from selling while it was "low" ("$230. I'll wait"). I was quite proud of myself and my self control.
But I couldn't not notice that the price was going upwards. I was selling less and less, slower and slower, because nearly every day the price was bit higher. I sold roughly 40% and I stopped.
I think most of you know the rest of the story. Price reached $300 again and this time this level holded. Fast forward, and we're at $1200. Only 60% of my coins survived. Then the downtrend started, and there are clear fundamental reasons for the price to go down: negative ETF decision and block size "debate" (or war).
And I don't want to go thru all this again. I don't want to be brave, I don't want to be tough, I don't want to break when price will reach $700, $300 or $100 and sell and regret.
If you're holder: please reconsider. Holding will not get you a medal. No one really cares if you're tough. Your health is not worth it. If you consider much lower price a real possibility, sell now and buy later at the lower prices. Or even sell now and but at a slightly higher price, but without the stress. I don't complain I ended with 40% less coins when the price was again above $1000. What I hate is very painful process I went thru. I would gladly trade 10% gain for 50% less pain.
And I agree, it's about long term, and maybe one day BTC will be worth $10000. But even if you firmly believe that it will make it, there's one more thing: you have to make it and have some coins at that moment. And be in good shape, to enjoy the profit. Good luck.
Update: Some info on my trading strategy in 2016/2017: https://www.reddit.com/BitcoinMarkets/comments/61eu0t/dont_hold_story_of_a_holdedfe7omd/


Announcement for Commencement of Filing Proofs of Rehabilitation Claim Thank you very much for your understanding and cooperation in the civil rehabilitation proceedings (the “Civil Rehabilitation Proceedings”) for MtGox Co., Ltd. (“MTGOX”). As with the bankruptcy proceedings, the Rehabilitation Trustee has built a system (the “System”) on which users of MTGOX’s Bitcoin exchange (“Users”) can file proofs of rehabilitation claim with respect to the claims for return of cryptocurrency and money against MTGOX (“Exchange-Related Rehabilitation Claim(s)”) on the website (https://claims.mtgox.com/assets/index.html#/).

Timeline of past Large-Scale Cryptocurrency Hacks/Exploits for Some Perspective

I've been seeing a lot of misinformation and unrealistic expectations regarding the timeframe that the Bitgrail incident should be resolved, and that the responsibility should rest on Zack or any of the other developers. For those that are new to the crypto community, I compiled some timelines of notable crypto incidents. Take note that in all of these incidents, the developers of the core protocol were not at fault. In only one situation was a hard fork initiated, with there still being lasting effects to this day.
I opted to not include the Bitgrail timeline, as it is still in motion and all of the facts aren't very clear at this point. Enjoy!

Published on Nov 19, 2016. This video was created from extracts from the below videos for the purpose of discussion of centralized bitcoin services such as Mt. Gox and the importance of good ... I went there to MtGox.com and there's a place you can log into your account and check how much money you had in your account. I found out I have $0.18 in my account. Haha I forgot about that. I ... CRAIG WRIGHT CLAIMS HE HACKED MT GOX AND STOLE 80,000 BITCOIN! Bitcoin LAST CHANCE BULLRUN! The Stock MArket TUMBLES!! Crypto News! Time to buy Altcoins Like... Bitcoin exchange Mt. Gox has disappeared from the internet. The owner cannot be found, and an office in Tokyo is suddenly empty. The owner, Mark Karpeles, re... Try TRADE HILL instead: http://www.tradehill.com/?r=TH-R1323 Price crashes from $17.5 to $0.01. That i not a typo. ONE CENT. Here is the official statement f...