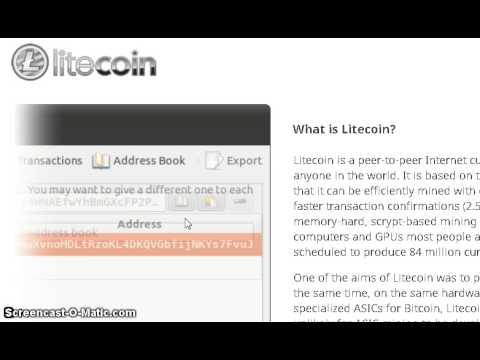 More information on the Renewable Energy consumption of Bitcoin and the environmentally friendly alternative BlackCoin TL:DR

The amount of electricity required to maintain Bitcoin’s security is legendary. Its miners are scouring the globe searching for areas with the least-expensive electricity rates.
Unfortunately, these areas are where the least expensive renewable-energy resources exist in the world.
Links are provided below to the references to back up the claims made here. This document will be updated as needed based on your comments below.
It has been estimated that the additional electricity required to maintain BlackCoin’s cooperative minting network is much less than three one-thousands ( 3 / 1000 ) of what is now used to run an equivalent sized competitive Bitcoin mining network. Bitcoin’s current electrical consumption equipment arms race is gobbling up irreplaceable, renewable-energy resources in areas where they provide the less expensive renewable energy options bar none.
A recent study cited in the Wall Street Journal shows that the hash rate required for Bitcoin’s security last fall was one one-sixtieth (1 / 60) of what it is now. This hash rate inflation has been fueled by the tremendous profitability of large scale corporate mining operations, which have produced the mining technology arms race.
The largest known corporate Bitcoin mining operation is reported to be housed in a warehouse in Central Washington State where it takes advantage of the US’s lowest electricity rates bar none. The Spokane Review recently reported that a handful of additional competitors are now about to pop up.
Washington State is the leader in hydroelectric generation with 29% of the total national capacity according to the US Energy Information Administration. It is 10th in wind energy production. Nevertheless, the whole state still has the lowest residential electric rates in the country.
The New York Times reported on a similar setup in Iceland, which may have the least expensive electricity of any country in the world. It is powered by hydro and geothermal resources.
These corporate mining operations compete against each other for the right to enter the next ledger page into the Bitcoin blockchain. The startups that produce the otherwise useless mining equipment are forced to make outrageous claims for their latest drawing board designs to get preorder payments to finance their production as has been well documented by CoinDesk in numerous articles.
Are we about to repeat the environmental disasters that followed the 1849 California Gold Rush and the wildcatting boom that began with the Spindletop oil gusher? This trend will continue as long as the Bitcoin mining technology continues to improve at breakneck speed driven by the profitability resulting from the squandering of these irreplaceable resources.
It took three and a half years after Satoshi Nakamoto launched Bitcoin in January 2009 before Sunny King in August 2012 to launch Peercoin, the first environmentally friendly cryptocurrency. However, Peercoin is designed to be the savings account complementing the best environmentally friendly checking account cryptocurrency. The market has been trying since then to settle on the best environmentally friendly challenger for Bitcoin.
The Russian crypto developer rat4 launched BlackCoin on February 24, 2014 at 6:00 UTC after making the customary announcement on February 16 on the Bitcoin Forum. Startup crypto exchange Mintpal quickly recognized the potential of rat4’s improvement of the design of the innovative Mintcoin protocol.
This helped catapult BlackCoin into 19th place in market cap by the start of April. BlackCoin obtained its current 10 th place position after Coinkite chose Blackcoin to add to its terminals in June joining Bitcoin and Litecoin.
Sunny King’s protocol has now been tested on many environmentally friendly alternatives. The market has now chosen BlackCoin to be checking account to Peercoin’s saving account.
The Bitcoin MIT Project will provision every undergraduate at that institution with $100 worth of bitcoins in the fall semester as an experiment. The proposed BlackCoin MIT Airdrop is currently being discussed by the Blackcoin Community on its reddit page. The proposal calls for provisioning each MIT graduate student with $100 of the best environmentally friendly alternative to Bitcoin in the best technology crucible in the world.
It appears from the MIT announcement that the MIT Kerberos & Internet Trust Consortium may have been used as the vehicle for obtaining tax exempt fiat donations. Therefore, should the newly formed BlackCoin Foundation ask the Trust to set up a donation account and let the environmental community try to raise the less than $1 million required to fund the MIT Airdrop.
If you have arrived here from somewhere else and are interested in learning more about BlackCoin and the MIT BlackCoin Project, please join the discussion with us at the BlackCoin subreddit:
reddit.com/BlackCoin/
Please report proofreading and editing corrections in comments below. References
Electricity requirement calculations needed to maintain the BlackCoin network
http://www.reddit.com/blackcoin/comments/25a4fq/if_you_are_good_at_science_or_if_you_are_an/
Wall Street Journal Article on Bitcoin hash rate
http://blogs.wsj.com/moneybeat/2014/04/29/bitbeat-for-bitcoin-miners-a-hot-problem-this-summe
Spokane Review Article
http://www.spokesman.com/stories/2014/ap26/northwests-cheap-power-drawing-bitcoin-miners/
US Energy Information Administration – Washington State Renewable Energy Report
http://www.eia.gov/state/?sid=WA
NT Times Iceland Bitcoin mining article
http://dealbook.nytimes.com/2013/12/23/morning-agenda-the-bitcoin-mines-of-iceland/?_php=true&_type=blogs&_php=true&_type=blogs&_r=1
CoinDesk mining equipment articles
http://www.coindesk.com/coindesk-mining-roundup-hot-issues-lawsuits-eco-mining/
http://www.coindesk.com/problems-plague-kncminer-broken-super-jupiters-arrive-doorsteps/
http://www.coindesk.com/alpha-technology-initiates-scrypt-asic-tape/
Bitcoin MIT Project article that mentions MIT Kerberos & Internet Trust Consortium
http://tech.mit.edu/V134/N22/bitcoin.html

Refute Please: "[...] seems to imply a loss of security as the value of mining goes down"

This was a comment here
"Since the system is inherently deflationary, the "mining" process either becomes more valuable or incrementally less well compensated. As the Mining process is the basis for the security of the system it seems to imply a loss of security as the value of mining goes down, or it becomes subject to inflation by and increase in mining devoted hardware. In many ways it is a mathematical substitute for gold and the lack of Keynesian dynamics associated with fiat currency necessarily leads to the volatility. from the website:
'Bitcoin mining is the process of making computer hardware do mathematical calculations for the Bitcoin network to confirm transactions and increase security. As a reward for their services, Bitcoin miners can collect transaction fees for the transactions they confirm along with newly created bitcoins. Mining is a specialized and competitive market where the rewards are divided up according to how much calculation is done. Not all Bitcoin users do Bitcoin mining and it is not an easy way to make money.'"

Virgin Galactic – The company that operates Virgin Mobile and Virgin Airline with the eccentric billionaire Richard Benson at the helm allows anyone to pay for space travel using bitcoin.. Namecheap – The domain name registration company used by entrepreneurs started accepting bitcoin as payment in 2013 when their users started a petition demanding the company does so. Bitcoin Foundation Rocked by Controversy At least 10 members of the Bitcoin Foundation ‒ the most prominent trade group pressing for adoption of the virtual currency ‒ have resigned ahead of the foundation’s annual meeting, Reuters writes. Some cited last week’s election of the onetime Disney child star and current Bitcoin entrepreneur and financier Brock Pierce as a new director. TECH’S NEW FEEDING FRENZY As soon as Facebook announced on Wednesday that it would acquire WhatsApp, a text messaging start-up, for up to $19 billion, almost everyone asked the same question: Why? What it boils down to is Facebook’s fear of missing out (F.O.M.O., for you cool kids). “Today, with Google, Facebook and others all fighting for the same customers and wallets, the ... Bitcoin; Altcoins; ICO; Business And Finance; World; Business. Economy; Industries; Markets; Politics; World News; Home » Business » DealBook Briefing: Bond Investors Are Making a Killing. DealBook Briefing: Bond Investors Are Making a Killing. Good Thursday morning. (Was this email forwarded to you? Sign up here.) The stock market is so passé (for now) The U.S.-China trade war and the ... The bitcoin blockchain is a public ledger that records bitcoin transactions. It is implemented as a chain of blocks, each block containing a hash of the previous block up to the genesis block of the chain. A network of communicating nodes running bitcoin software maintains the blockchain.:215–219 Transactions of the form payer X sends Y bitcoins to payee Z are broadcast to this network using ...