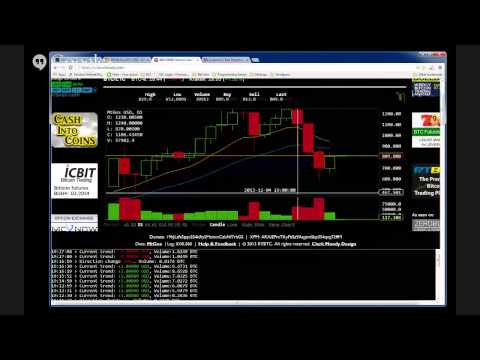 Rambling incoherent musings. It's hard for me to put things into words when it's not a joke. But I'll try. This is not sentiment to be taken seriously.

There is no TL:DR. Call it a shitpost and skip if you don't want to read it.
Well....The way I see it...DeFcon 2 and the people sitting on some channels like this and the Ethereum forums are the ones that want to know the bleeding edge of Ethereum news. We are sitting in a circle. We're all sitting here in bewilderment. I'm blown away by what I'm reading. I can't even understand the technicals but I can see the vision. But we're just one big circle trying to put the pieces together.
I could care less about this stupid $1.50 move today. I'm not trader so please don't take offense. I know you are trying to feed your families and I want you to be great at this game. This post isn't about price really. If I had to, I couldn't imagine trading any of this right now. The writing is on the wall in pretty charts and candlestick thingys for you to decide if you think this platform is worth $13 today. I think you know the answer. There is going to be a green candle coming that is going to make that rise from $4 to $22 look like child's play. The billionaires are watching this shit. They are only talking about it but they are doing more talk than Bitcoin ever dreamed of. That's my feeling. They are whispering and waiting for each other to flinch like a Clint Eastwood movie. The Multi-Millionaires only whisper.
Those short time frame folks who worry about the price just remember we don't even have the final video or the Blockchain summit complete. We're getting bits of info from gracious correspondents and 100 character tweets. The damn summit couldn't even be streamed because China. I couldn't aggregate all the news in one read even if I tried....I'm very grateful to those who have posted cliff notes of what happened.
Speculators/Investors (that's me) I think some major shit is gonna happen to the price in 4-6 months once we get closer to POS (and beyond) and all the geniuses that got to hang out with each re-enter meetings with their ICO partners and take what was presented at DeFcon and reinvigorate their particular Dapp plans....
The attacks are being tamed immediately and really this is the best time for them to try. PLEASE keep trying. We NEED you to keep all of us with capabilities sharp as a razor to fix it. Don't bitch and whine when the price falls back to $12 again...please...bubbles within bubbles are gonna happen. Soon you'll be complaining it fell back to $22
Now...Go back 3 months...How many of those AWESOME developments we learned about were tight lipped between each of the companies leading up to DefCon? NDA's much? How many of these awesome developers were so wrapped up in their coding they didn't dare look up from the screen to do anything else. They had major deadlines to beat to get ready for DeFCon. I'm sure a fair amount of them anyway. Hats off to the focus and attention...and now this same small circle of people here on Reddit and elsewhere are probably scratching their heads on whole new ideas that bridge gaps. We are bridging gaps and we are a tiny group.
Synergy or maybe some clarity about the road (or whatever that word thingy) is...roadmap?...fuck I don't know....I'm not an intellectual. BUT ....I think that's whats coming in Q1/Q2 - 2017. I'll call it Ethergy.
If Vitalik is getting listed on Fortune and Businessweek in the same damn day that's gonna get some wigs thinking seriously about why they didn't give bitcoin a shot all those years ago. That team is a beast.
The door is opening to a new class of investors instead of just crypto geeks. The crazy amount of news in the last year is leaving me spellbound. 2017 will be more exciting than 2016 for a new group of people. Just like 2016 was more exciting for me than when I learned about Ethereum in 2015. I didn't buy the ICO and I'm a small time dude.
Hugs from KC...I'm just a crazy music teacher with a passion for the kitchen. I bring nothing technical table but proof of steak. You are my favorite people on Reddit. I hardly ever go to any other sub and just check the frontpage every now and then. Maybe it's a disease....Maybe its mETh. But I'm here and happy with what I'm reading.
I'm praying I get Vitalik to KC someday. Or any of those guys. I'm 35 minutes from the airport and I have a loving family in a modest home and it would be an honor to throw a meal on the pit and share the video with the Ethereum family. He's just eccentric enough to show up and chat between 2 ferns his philosophies outdoors.
I'd have to explain to my wife that a man like vbuterin/ wearing a unicorn shirt with donuts on the horn and a cat man-satchel is actually a very normal thing. After all, I did make a license plate for my car with his project's name.
Be good out there.

Charts, forecasts and trading ideas from trader defconxone. Get unique market insights from the largest community of active traders and investors. Bitcoin is steadily growing, we need strong volume to break thru that tough resistance ahead of us of 411,800. The million dollar questions is, will it have a breakout manipulated by whales and HFT or will it progressively grow reaching our target? Let me know what you guys think ? PS: This is not financial advice, this is only for education purposes! Since May 1st Bitcoin Cash started a breakout that is about 32% so far, which is nice. But not nearly as great as the last breakout of April 17th, which was about 109%.. The last one would have doubled your money in just a few days! This breakout is weak and is loosing steam showing DIVERGENCE and signs of negative volume! I was at first confused for a moment while looking at the MACD and OBV ... Throughout June, the amount of tokenized bitcoin on Ethereum, the bulk of it in WBTC, a special ERC2 token known as “wrapped bitcoin,” soared from 5,200 BTC to 11,682 BTC – now worth around $108 million – according to btconethereum.com. As is their wont, each faction described the growth of WBTC tokens, whose value is pegged one-to-one against a locked-up reserve of actual bitcoin, as ... So I have this chart on which I've been tracking all major news that seemed to have any effect (or surprisingly small effect) on the Bitcoin...

Bitcoin price breaks out bullish on the short term as btc tests a key trendline on the bitcoin charts. In this short btc technical analysis today, we look at btc price on the hourly chart and ... Invest in IT Startups with as little as 10$ (or bitcoin) and watch your money grow every second! Withdraw instantly every $1 or 0.01BTC! http://bit.ly/1bQdMOQ We explore a 4-dimensional Bitcoin chart where we plot the price of BTC against time, the valuation with respect to the S&P 500, and the valuation with respect to gold (color-coded). What do you ... AMAZING trading system with two alt coins https://youtu.be/P7XDpbhng2w Part One of Trading Series https://youtu.be/M8iKAxdAEQ0 BITCOIN (BTC) wallet 371sY35Jk... https://introtocryptos.ca/discord Bitcoin Liquidation Watch Livestream: Center Chart is 10second bars. Along right side are the significant trades, with audi...