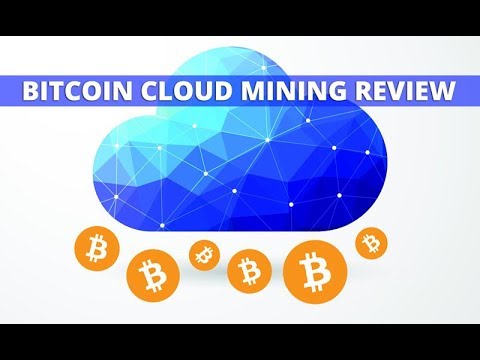 Harmony​ builds an open marketplace at Google-scale for the decentralized economy. This project ​aims to provide a consensus protocol over the open Internet​ at 10 million transactions per second with 100-millisecond latency and at most 0.1% fee.
Harmony’s goal is to be 1,000+ times faster and cheaper than Bitcoin and Ethereum. They are rebuilding the decentralized economy with 10x innovations in all components: transport network​ (Google’s UDP, Bloom tables, 5G mobile), consensus protocol​ (Byzantine committees, acyclic graphs, monopolist fees), and system tooling​ (unikernels, multi-core in Rust, zero-copy streaming).
As the infrastructure for the world’s data firehose​, their bandwidth must scale to 10M tx/sec to support data from supply chain IoT devices or energy grids. Yet, all of the above must settle agreements within 100 milliseconds to support instant reactions​ for autonomous robots or on-chain quotes in exchanges.
They employ technical innovations that are already proven in research and implementation. For example, Google’s UDP​ currently powers 35% of its traffic (or 7% of the Internet) with 50% latency improvement, OmniLedger Byzantine protocol​ benchmarks to 13,000 tx/sec and 1.5 sec latency with 1,800 hosts, while unikernels in Rust​ archives 10M concurrent connections on a standard 96-core machine on Amazon Cloud.

Stephen Tse – a researcher at Microsoft Research, a senior infrastructure engineer at Google, and a principal engineer on search ranking at Apple. He founded the mobile search Spotsetter with institutional venture capital; Apple later acquired the startup.
Nicolas Burtey – founded a VR video startup in 2012 that grew to 40 people and raised $10m​. Nicolas has a bachelor degree in mathematics and computer science, and a master degree in computational photography.
Alok Kothari – has worked on deep learning models for natural language understanding at Apple Siri. He has conducted research in word sense disambiguation, machine translation, and social media retrieval. Alok has published at top conference venues including SIGIR, ICWSM and EMNLP.
Rongjian Lan – a search infrastructure engineer for Play Store at Google. Rongjian is the co-chair of ABC Blockchain Foundation with 100+ engineers from Google, Facebook, Linkedin as members.
Hakwan Lau – a full professor at University of California, Los Angeles. He specializes in neuroscience and machine learning. Hakwan studied at Oxford on the prestigious Rhodes Scholarship​, was an associate professor at Columbia University, and published 90+ papers in peer-reviewed journals.
Trausti Kristjansson (Part time) – has worked at the industry’s most respected research labs (Microsoft Research, IBM Research, Google Research), founded full-stack startups and led PhD engineers at the top of their field as an engineering Director.
Georgios Fainekos (Academic Consult) – is a tenured professor at Arizona State University. He specializes in formal methods of cyber-physical systems, swarm robotics​, and machine learning for real-time planning. Georgios did his doctoral studies at the General Robotics, Automation, Sensing & Perception Labs (GRASP Labs) of the University of Pennsylvania.
Bruce Huang (Part time) – was an engineer lead at Microsoft for 7 years, a director at Alibaba Cloud and at Credit Ease. Later, he was the CEO of Madailicai, a top peer lending company in China. Bruce is a certified snowboard instructor. He obtained his master’s degree in computer science at the Simon Fraser University.
Zi Wang – worked at Google from 2006-2015 on Chrome, Google [X], Android and Nexus. He was the first Global Creative Director​ for the Google hardware division and co-founded a Google research lab with a $20M budget.
Isaac Zhang – started designing civil engineering systems at age 11. He cofounded a smart city and indoor mapping startup, Locision, that raised $20M.
Aaron Li – started programming since the age of 7 and started mining Bitcoin since 2011. He won the prestigious ACM SIGKDD best paper​ award on language topic modeling while completing his master’s degree at the Carnegie Mellon University.
Navneet Singh – led mobile engineering at Google for 6 years. He has also been the Senior Vice President at the largest payment processor​ WorldPay and the Head of Data Science at the mobile payment provider Ezetap.
Michael Young – co-founded and led 3 venture-backed companies to acquisitions, including one to a key supplier of Apple. Bringing expertise in computer vision, he has closed deals with Fortune 500 companies, the US Department of Defense, and strategic partners across China and Japan.
Kushagra Shrivastava – runs the Xoogler investment syndicate. He worked at Google from 2006-2014, leading marketing and strategy for Google Play and Android Apps. Graduated from the INSEAD Executive Program for marketing, Kushagra was the chief executive for products at an advertising startup acquired by Pinterest.
https://harmony.one/ harmonyprotocol deepsharding blockchain BUIDL BTC ETH

digitalBTC executive chairman Zhenya Tsvetnenko said the while the growth focus was on Bitcoin mining first off, digitalBTC was "poised and ready to expand in all facets of our Bitcoin operations". Best Bitcoin Cloud Hashing Services. Being listed in this section is NOT an endorsement of these services and is to serve merely as a Bitcoin cloud mining comparison. There have been a tremendous amount of Bitcoin cloud mining scams. Hashflare Review: Hashflare offers SHA-256 mining contracts and more profitable SHA-256 coins can be mined while automatic payouts are still in BTC. Customers ... There are legitimate cloud mining companies and then there are scams and pyramid schemes. Make sure you are buying into a legitimate contract with a reputable firm. Two firms to consider cloud mining with are Genesis Mining and Hashflare Review. Customers of cloud mining typically lease hashing power from a mining company that owns the hardware ... Best cloud mining contracts 2020 NiceHash. NiceHash is an online crypto mining marketplace which connects sellers and buyers of computer hashing power.Exchange of hashing power goes through “mining contracts”, where buyers set their terms (like the amount of hash they need, how long they need it, and the price they are willing to pay for it) and sellers then choose if they’ll accept them ... New Bitcoin cloud mining review service cloudminingreport.com ensures bitcoiners can choose the most profitable cloud mining solution which fits their risk tolerance, budget and bitcoin earning goals.